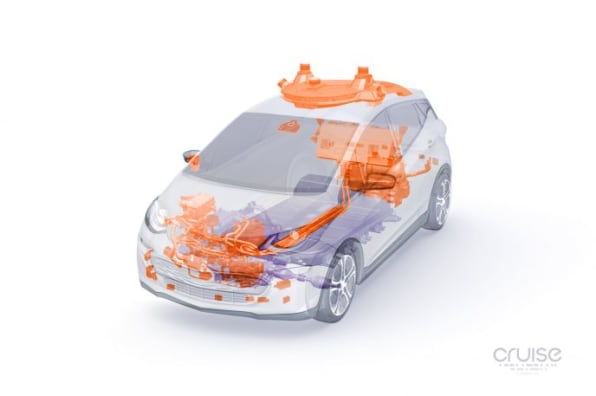 General Motors has unveiled the third version of its self-driving car–the first such car “that meets the redundancy and safety requirements we believe are necessary to operate without a driver,” Kyle Vogt, CEO of the General Motors-owned self-driving car startup Cruise, wrote in a blog post. “There’s no other car like this in existence.” And, he says, it’s the first car that’s ready to be produced at scale once the software and regulations are in place.

Others in the self-driving space might take issue with Vogt’s claim that this is the “first real self-driving car.” Tesla has long been working on an autonomous vehicle and was the first to roll out advanced cruise control to its customers.

The company has so aggressively positioned itself as a purveyor of self-driving technology that confused customers have given over too much control to their vehicles. In 2016, a Tesla Model S drove into the side of a tractor trailer as it was making a left turn. The driver had autopilot engaged and did not have his hands on the wheel. The National Transportation Safety Board is suggesting that the autopilot feature contributed to the crash, according to Bloomberg News.

Such a finding will be another blow to the safety reputation of self-driving technologies, and possibly impact the legislation Congress will use to spur autonomous vehicle systems, but it also creates an opening for other companies to assert their dominance in the race toward safe self-driving cars. GM’s advantage has always been its infrastructure for designing and building cars. That holds true, regardless of whether its new generation of autonomous vehicles are at or above the level of its competitors.