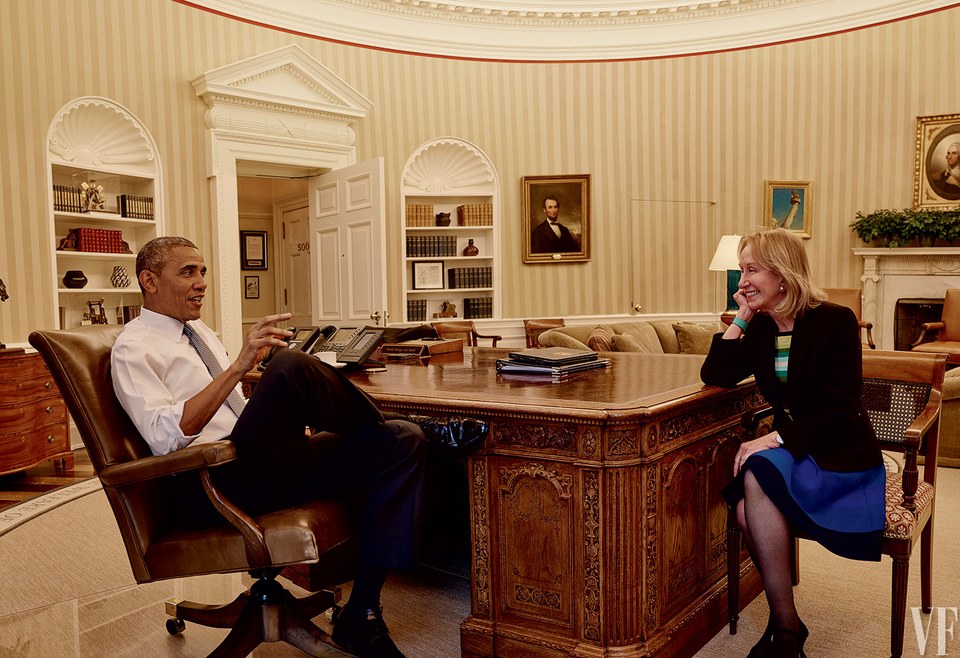 His presidency is winding down. A contentious election—fought largely over his rec­ord and legacy—is about to be decided. With that in mind, Barack Obama recently invited the presidential historian Doris Kearns Goodwin to the White House for a long, personal, open-ended conversation. The meeting, arranged by Vanity Fair, took place in the president’s private dining room, just off the Oval Office.

I mean, I could go on and on for hours about Lincoln. For me, Lincoln is like just a handful of people—a Gandhi, or a Picasso, or a Martin Luther King Jr.—who is an original and captures something essential.

Doris Kearns Goodwin is no stranger to these precincts. She has been in and out of the West Wing ever since 1967, when, as a 24-year-old White House Fellow, she worked closely with Lyndon Johnson during the last year of his presidency (and then afterward as he wrote his memoirs). She has earned a raft of literary prizes, including a Pulitzer, for books about J.F.K., L.B.J., Franklin Roosevelt, Theodore Roosevelt, William Howard Taft, and, most notably, Abraham Lincoln—the subject of her landmark history, Team of Rivals, whose title gave America’s political language a new and permanent catchphrase. (Steven Spielberg would use Goodwin’s book as the basis for his film Lincoln, and when Daniel Day-Lewis won the 2012 best-actor Oscar for his portrayal of the president, he entered the Vanity Fair after-party with the author in tow.)