Kevin Hart’s Funny Business - Rickey J. White, Jr. | RJW™
The most successful comedian in the world is also the most productive. Here's how he keeps all his projects in motion. Hart describes himself as the "most positive guy in the world" and insists that his comedy takes "love to a new level." That’s undoubtedly part of his mass appeal. While a lot of comics spin their acts out of resentment and angst, Hart seems to channel nothing but exuberance. Even when he curses—which he does energetically, both onstage and off—it’s endearing. "It’s innocent cussing," he says. "I don’t have an angry bone in my body."
Kevin Hart, Fast Company, Hartbeat Productions, Hartbeat Digital, Hollywood, Movie Star, Rickey White, Rickey J. White, Jr., RJW, R. Jay White & Co., RJWco, PartialGuru, Disruptive Lecturer, Strategist, Consultant, BHM, Birmingham, Alabama, Washington, D.C., District of Columbia, DCA, Atlanta, Georgia, ATL
16820
post-template-default,single,single-post,postid-16820,single-format-standard,ajax_fade,page_not_loaded,,qode-theme-ver-16.3,qode-theme-bridge,wpb-js-composer js-comp-ver-5.4.7,vc_responsive 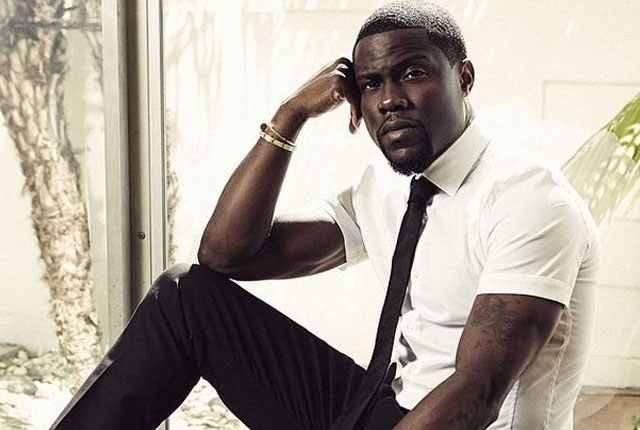 Posted at 19:32h in About the Person, Business, Recommended Must by RJW by RJW™ 0 Comments
0 Likes
Share
“I’m giving you 100%,” Kevin Hart says with commitment, settling into a chair in a conference room inside his new 18,000-square-foot Los Angeles production studio. “When I sit down for an interview, that’s what I do. I give 100% of my energy.”

“I don’t walk into a meeting with a ‘me, me, me’ attitude,” says Kevin Hart, who is quickly building a comedy empire. “I walk in and say, ‘How do I become your partner?’”

Within three minutes, he’s talking on the phone.